How do we talk about racism? Not well.

Very painful article in The New York Times (4.15.18) about the high rates of infant and maternal mortality among Black people in the US.  It opens with the story of Simone Landrum, who lost a baby through medical malpractice, but even worse from the stress of being Black in America.  Author Linda Villarosa walks us through the complex scientific literature on the excess mortality of Black mothers and babies, but there's always that sentence that speaks the whole, painful dehumanization which is the real problem here.  In this article it's this one:


"You can't convince people of something like discrimination unless you really have evidence behind it," [scientist Carol] Hogue says.  "You can't just say this -- you have to prove it."

I  threw the magazine down on the floor and walked away for hours.  But I did want to know what happened to Simone and her children, so I found my way back to story.

Somebody might be saying, "What's wrong with that sentence?  Why is it dehumanizing?"

What people?  Do I need to be convinced?  Does Simone?  Does Linda Villarosa?  Does the article's photographer, Latoya Ruby Frazier?  No, we are all convinced.  So who are those "people" who aren't convinced and are we not "people"?

The second problem: "you have to prove it..."

This is just patently a lie.  People have been "proving" discrimination until the cows come home and it still prospers, indeed, has gotten worse.  The best talk I ever heard on this problem was given at an AIDS convention by Don DesJarlais, who illustrated decisions made with data, decisions made without looking at existing data, and decisions made to prevent any data from being collected.  Data is part of the system of discrimination, as much as it is the refutation of it.

But the article is also annoying because it explains the stress of Black life and then suggests that a widespread use of doulas could save the moms and babies.  This is just wrong-headed.  We should have advocates for women of all colors.  But we also need to relieve the stress of Black life.  And we need to factor into these explanations of excess mortality the fact -- established with lots of data -- that Black life has been made much more difficult over the past 50 years by such federal, state and local policies as urban renewal, deindustrialization, planned shrinkage, the abandonment of major epidemics, the creation of mass incarceration, and more.  Otherwise we fall into victim-blaming, and that sets us back even further than we already.

All that said, Latoya Ruby Frazier: your photos are astounding.  Real black people.

ps.  People don't always believe that policy makers don't listen to "data."  Scott Pruitt, head of the EPA, issued new rules on data "transparency," not meant to be transparent, but rather to eliminate much of the evidence of the harms of toxic chemicals to the human body. 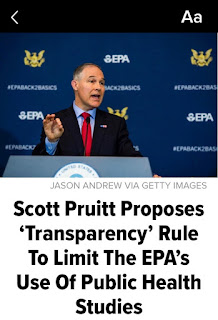 Posted by Mindy Thompson Fullilove at 4:50 PM No comments:

Janet Lambert and Anne B. Thompson

It seems in this world of ours that there is an infinite amount of information of just about everything.  So it is a surprise to want to know about the lives of Janet Lambert and Anne B. Thompson and find not much and certainly not enough.  This whole story started a few weeks back when I was thinking about Star Spangled Summer, a book I had read as a young teen.  I realized I could probably get it online, and sure enough, there was an edition on Kindle.  It turned out this was the first in the Penny Parrish series by Janet Lambert.  In for a sheep, in for a ram, I always say.  But actually it was nothing so rational as that -- I couldn't stop reading about the families Lambert had created.  I was fascinated by the lifeworld of the Army officer class -- army bases, West Point, war -- from World War II to the Korean War, as viewed through the eyes of their teen daughters.

Just Jennifer is one of the most remarkable of Lambert's books, as it follows the adventures of nine children left in Florida while their father, General Jordon, is off to the European Theater during World War II.  Jennifer is the oldest and takes charge, finding a lakeside house they can afford, and eventually winning the support of local townspeople who support the children as they struggle with ration coupons, a rickety but essential buggy, and a mysterious neighbor who turns out to be the son of a earl and Jennifer's future husband.

I found the books gripping, and couldn't help but wonder what the young people would do next.  Lambert has a fairly simple formula, offering each of a succession of heroines two admirable young men from whom to choose.  The frame of the romantic suspense in place, Lambert takes off to talk about finding one's footing as a person of worth in the midst of challenges: the exquisitely beautiful Carol confronted by her child's polio; the Jordon children keeping the home fires burning; the chaos created by the unnamed madness of Gwen; grieving the death of Ken in the Korean war or Alcie from an auto accident; or learning gratitude for wealth as Parri must.

These books have a following, as evidenced by all 54 having been reprinted.  And some scholar must have thought about them, I reasoned.  That is how I found Anne B. Thompson and her wonderful paper, "Rereading fifties teen romance: reflections on Janet Lambert," (The Lion and the Unicorn, Sept. 2005, 29;3:373).  Thompson's sensitive analysis of Lambert's approach to her characters offers a nuanced assessment of the gripping effect of the books.  She helped me appreciate that Lambert knew how to take us inside the turmoil of becoming a good person: Penny gets caught up in a Broadway adventure while her family looks for her in a panic; Carol can't get over her sadness after Davy has polio; Susan runs away from school because she needs a home; Parri pouts about her family going to Hollywood.  Each makes it through, slowly, with the help of their family, and a regular dose of salty advice from the working class women who provide the housekeeping and auxiliary mothering.

Of course then I wanted to know all about Anne B. Thompson so that I could call her up and we could just chat about Janet Lambert.  She retired from Bates College after teaching for there for 30 years.  I'll write to them to see if she left a forwarding address.  I did learn that she was busy writing a memoir about her mother and planned to read a chapter at an open studio in her new home.  I am particularly curious to know if she thinks Bitsy and Davy ever made a match of it.

Posted by Mindy Thompson Fullilove at 8:03 PM No comments:

What makes a place? Redux.

I still don't think we know what a sonker is, but you can eat one in Barney's Cafe on Main Street in Mount Airy, North Carolina.  Yum.  Watch this video, to learn what makes a place.

Posted by Mindy Thompson Fullilove at 8:24 AM No comments:

What makes a place?

When I started studying the 'psychology of place" in 1994, my public health colleagues were quite skeptical. What did that have to do with risk for disease? Twenty-two years and studies from many researchers later, we have a much better picture of the ways in which the near environment influences our well-being.  In the course of that work, all the scholars of place have run across stories like this one, about the musical Oklahoma!, which became a smash hit in 1943 because it expressed the nation's determination to fight fascism.  It is a story the war reporter and novelist John Hersey wrote to Richard Rodgers, on the occasion of a 1970 revival of the musical.  Hershey related,


I’d had a pretty crummy night, sleeping on the ground, muddy and damp, nothing to look forward to but cold C-rations for breakfast. A G.I. who might perfectly well get killed that day (because though the Italians were retreating, there were some nasty skirmishes) got up and stripped to the waist and poured some cold water in his helmet and began to shave. The sun hit us. Everyone was grumbling as usual. Suddenly the soldier stood up and began singing, ‘Oh, what a beautiful morning.’ A pretty good voice. There was a fair amount of irony in his singing, and his pals laughed. All the same, it was a beautiful morning, and all of a sudden there was an almost unbearable intensity in the way the men looked around at the view.

That is the way in which place -- in this story the soggy GI's camp in Sicily, at front of the Italian campaign -- is transformed by a ray of sunlight, a flash of humor and a well-loved musical phrase.  We have all had such moments.  Reflecting on this short story, we can think about the elements of place: the location, the people, their shared culture, and their time, not only the year and the moment in the war, but the time of the day.  When we understand these elements, we can work with the power of place of improve our spirits and our health, as that unnamed GI did for his brothers-in-arms that day.

I hope he lived to go home to his family, and sing for many decades to come.  Should he have died, I believe it was not in vain.