What Baltimore's UNHEARD are SAYING

Every time there are riots we are reminded of Rev. Dr. Martin Luther King Jr.'s 1968 statement,


It is not enough for me to stand before you tonight and condemn riots. It would be morally irresponsible for me to do that without, at the same time, condemning the contingent, intolerable conditions that exist in our society. These conditions are the things that cause individuals to feel that they have no other alternative than to engage in violent rebellions to get attention. And I must say tonight that a riot is the language of the unheard.

Riots are effective at drawing attention -- rioters are heaped with the scorn of those in power -- but less effective at stating what is going on that is so intolerable.  A remarkable quote, from Aisha Snead who grew up in West Baltimore and reported in The New York Times 4.29.15, captures the essence of the problem that must be heard:

This is the land time forgot.  They want to act like the CVS [which was burned] is the Taj Mahal.  They have dilapidated buildings everywhere.  They have never invested in the people.  In fact, it's divested.  They take every red cent they can from poor black people and put it in the Inner Harbor.

The New York Times's coverage also included a map showing low life expectancy and high poverty in the areas of unrest.  They might have usefully added maps from the Virginia Commonwealth University Center on Society and Health examined Baltimore neighborhoods.  The maps show how accurate Ms. Snead is in saying "this is the land time forgot."  Using the 1937 redlining map of Baltimore, the Center was able to show that areas that were poor and segregated then -- and marked for low (or even no) investment were statistically more likely to poor, have low rates of home ownership and to be segregated in the present.  As Ms. Snead observes, Baltimore is not sharing the wealth.  The assets they are frantic to protect are not for the poor.

There are many ways to measure racism.  Along some of those dimensions, racism has largely disappeared.  On other dimensions -- notably how we distribute resources among neighborhoods and peoples -- we are worse than ever.  Because we don't have the same kind of racist thinking our forebears had, we wonder how the effects of racism can still be getting worse.  That is why this study from VCU is so important.  They are telling us that our forebears made a RACISM MACHINE that still operates -- even if it no longer has our permission.  We must dismantle the MACHINE.

The rioters are expressing their RAGE AGAINST THE MACHINE -- our very survival as a society depends on hearing this message -- because that machine is placing all of us at horrendous risk.  And this may be the dimension of racism along which almost all of us still fail.  Consider this question:

Who is hurt by racism? a) black people b) people of color c) white people d) all of us

If you picked D-All of us, you got it right.  But ask around in your network.  The usual answers will be a and b.  We still don't get that oppression of some hurts all.  This is a fundamental piece of the MACHINE that we can dismantle today.  Spread the word: Racism is bad for the nation.

I was in Japan in mid-March, just as the plum trees and a few cherry trees were beginning to blossom.  The nation was preparing for the cherry blossoms, the way we prepare for Christmas.  There were wreaths of cherry blossoms on light poles, and signs for celebrations in various cities.  At the National Museum, every exhibit featured art and design using cherry blossoms.  One of the exhibits I passed was of swords from the samurai era -- the swords were exceptionally beautiful, but displayed without their hilts -- as if the metalwork was the point, and indeed, it was extraordinary.  The coincidence of blossoms and hilt-less swords reminded me of a poem that my mother used to read to me from The Anthology of World Poetry.


An Old Song
Yehoash (translated from Yiddish by Marie Syrkin)

In the blossom-land Japan
Somewhere thus an old song ran.

Said a warrior to a smith
“Hammer me a sword forthwith,
Make the blade light as wind on water laid,
Make if lone
As the wheat at harvest song.
Supple, swift
As a snake, without a rift,
Full of lightnings, thousand-eyed!
Smooth as silken cloth and thin
As the web that spiders spin,
And merciless as pain, and cold.”

“On the hilt what shall be told?”

“On the sword’s hilt, my good man,”
Said the warrior of Japan,
“Trace for me
A running lake, a flock of sheep


And one who sings her child to sleep.” 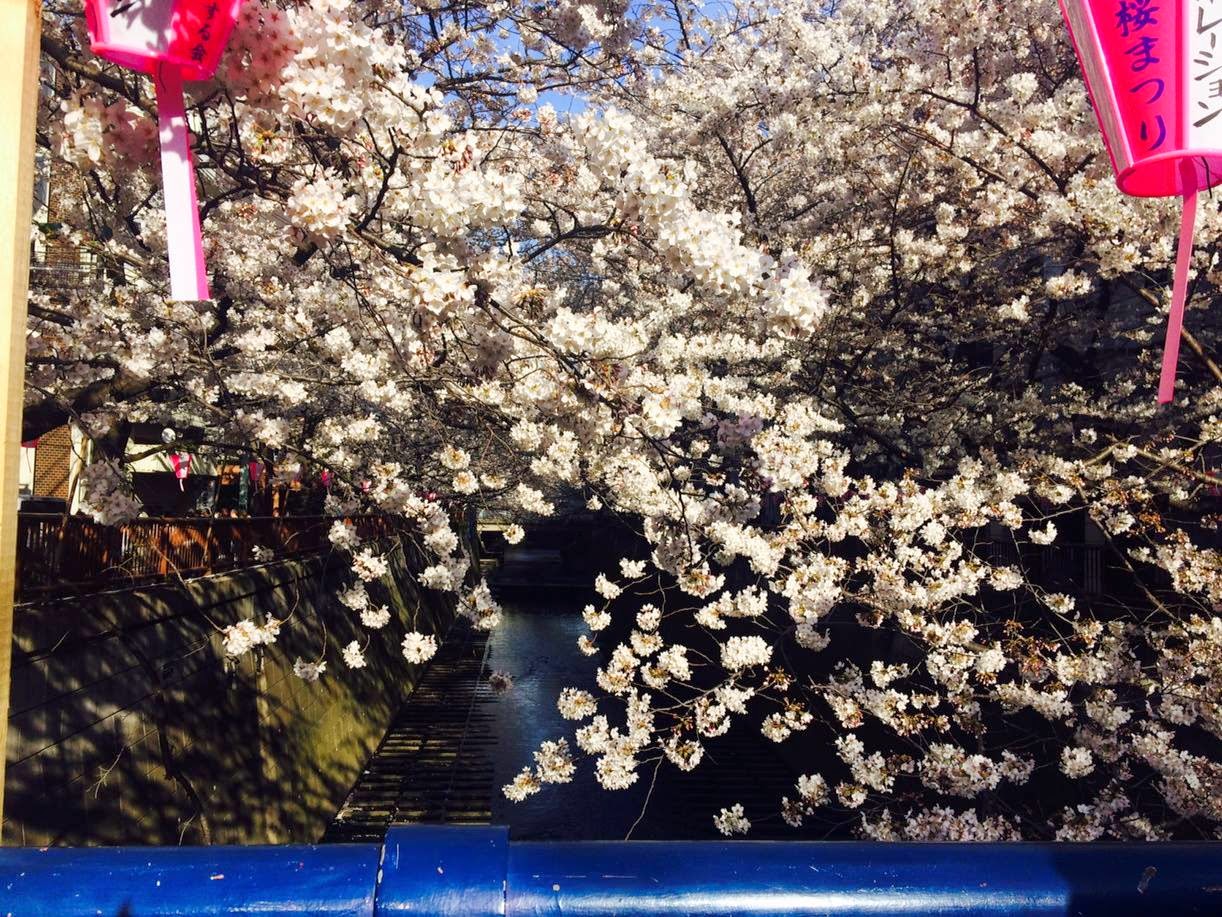 Posted by Mindy Thompson Fullilove at 4:13 AM No comments: 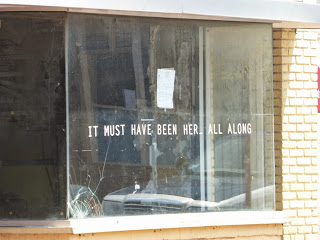 This is national poetry month -- you can sign up to get a poem-a-day in your email. In the meantime, I want to stake a claim for the relationship between Main Street and Poetry. I've been researching Main Streets for a long time now and I've only just figured this out -- but how cool that I'm just in time for National Poetry Month! While there are poets from Walt Whitman to Michael Lally that I could cite to prove my point, I just came across this poem from Edgar Lee Masters' The New Spoon River and I think it is right on point. Main Streets are full of signs -- signs from today, signs from yesterday, signs on bulletin boards, signs in store windows, signs in graffiti, signs in chalk -- advice, ads, personals -- the density of communication on Main Street is testimony to what Main Street is all about.  Ahh, but what does it mean?  Is all just shouting?  That's where poetry comes in!  Thanks, Poets, for helping us get the meaning, the soul, the frivolity and the sublime.

When Spoon River became a ganglion
For the monster brain Chicago
These were the signs I painted, which showed
What ruled America:
Vote for Patrick Kelly and save taxes;
I am for men, and this is the cigar;
This generation shall not see death,
Hear Pastor Valentine;
Eat Healthina and live;
Chew Floss's gum and keep your teeth;
Twenty-five dollars for a complete funeral;
Insure your life;
Three per cent, for your money;
Come to the automat.
And if there is any evidence
Of a civilization better,
I'd like to see the signs.
Posted by Mindy Thompson Fullilove at 3:59 AM 1 comment: